Adult Strabismus Can Be Corrected

A little over two years ago, Mr. D was dealing with a diagnosis of Graves’ disease.

“Graves Disease is an immune disorder that results in the overproduction of thyroid hormones.  About 30 percent of people with Graves’ disease show some signs and symptoms of a condition known as Graves’ ophthalmopathy.  [This means] inflammation and other immune system events affect muscles and other tissues around your eyes.”
– mayoclinic.com 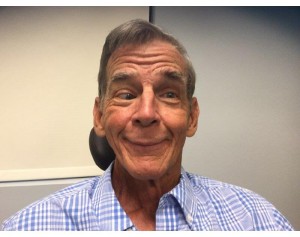 Mr. D fell into this 30 percent. His eye symptoms manifested in an extreme inward turning of his right eye. For the next several months, Mr. D was repeatedly told by his doctors that there wasn’t anything to be done about the misalignment of his eyes.  They said that hopefully, over time, ‘mother nature’ would help reset his eyes as his thyroid levels were stabilized with medication.  They told him to be patient, and he was.  Then, as six months passed, then a year and then yet another year, he did not have any improvement.  He was starting to get very frustrated.

One day while expressing this frustration to his group of doctors, they had an idea.  They knew Dr. Dawn Duss personally and professionally, and had heard she had opened her own practice.  They knew she was an expert in strabismus surgery (correction of the misalignment of eyes) and decided it was time for Mr. D to give her a call.  At this point he was feeling rather hopeless about the whole situation. Ultimately he decided it couldn’t hurt to call her. Once he reached her by phone, he was immediately impressed with her demeanor.  He “liked the way she spoke” and he could tell “she had genuine concern for me as a patient”.  He knew right then and there that moving forward, Dr. Duss was going to be his ophthalmologist.

When he arrived for his first appointment, he had further evidence he was in the right place.  The staff was warm and welcoming. They understood his concerns.  They knew the ins and outs of strabismus and were able to easily answer his questions along the way.He was extremely impressed that they treated him as a person and not just a case file.  After being initially assessed by a staff “who couldn’t do enough for him,” he finally met Dr. Duss in person.

He liked her immediately.  She made sure to answer all of his questions with patience and care.  After her assessment she told him point blank, “I can fix your problem.  It’s what I do.”  Mr. D was taken aback. He hadn’t expected any doctor, let alone Dr. Duss, to say out loud that his problem could be fixed. He was also nervous about the thought of eye surgery to correct strabismus.  He said, “Eyeballs and surgery are not something you want to hear go together.”  Despite his nerves, he had such confidence in Dr. Duss he decided to go for it. 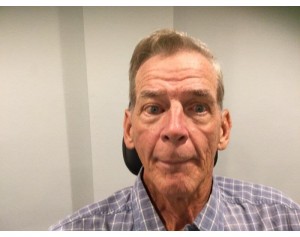 In all honesty, Mr. D had no expectation about the surgery.  Once it was completed he was completely flabbergasted by the amazing result. His eyes were in perfect alignment again!  Three days post-surgery he was able to make the two hour drive to Pediatric Eye Consultants’ office without wearing a prism on his glasses.  Dr. Duss was floored by this. A prism is something applied to the exterior of a glasses lens to help strabismus patients process their sight in a singular fashion.  It helps them use both eyes in tandem instead of relying only on one.  Mr. D’s prism was at the highest power possible, so for him to be able to drive without it and focus clearly was miraculous.

As Mr. D showed off the result to friends and his other doctors, each was happily shocked by the tremendous result.  When visiting his endocrinologist, the doctor looked at him and said, “Who in the world did this to you?”  He was almost speechless but quickly found his words and demanded the contact information of Pediatric Eye Consultants.  He obviously has other adult patients in mind who could benefit from Dr. Duss’s impeccable surgical skills.

Mr. D says that he “can’t say enough” about Dr. Duss.In his estimation she “walks on water”.He wants any adult reading this to trust her.

Being sixty-six years old himself, he understands the fear of surgery and how it’s easy to distrust members of the medical field.  He wants you to know to put your fears aside and put your trust in Dr. Duss.  If eyes are windows to the soul, then Mr. D’s eyes certainly speak for themselves.